Fourier series are used in a wide range of applications in daily life, some of which include:

These are just a few examples of the many ways in which Fourier series are used in daily life. The versatility and power of this mathematical tool make it a valuable tool in many fields.

Let f(x) be an periodic function interval [ -π, π]. Then Fourier series of f(x) in this interval is given by

Odd and even function :

A function f(x) is said to be odd function if

A function f(x) is neither odd or even if 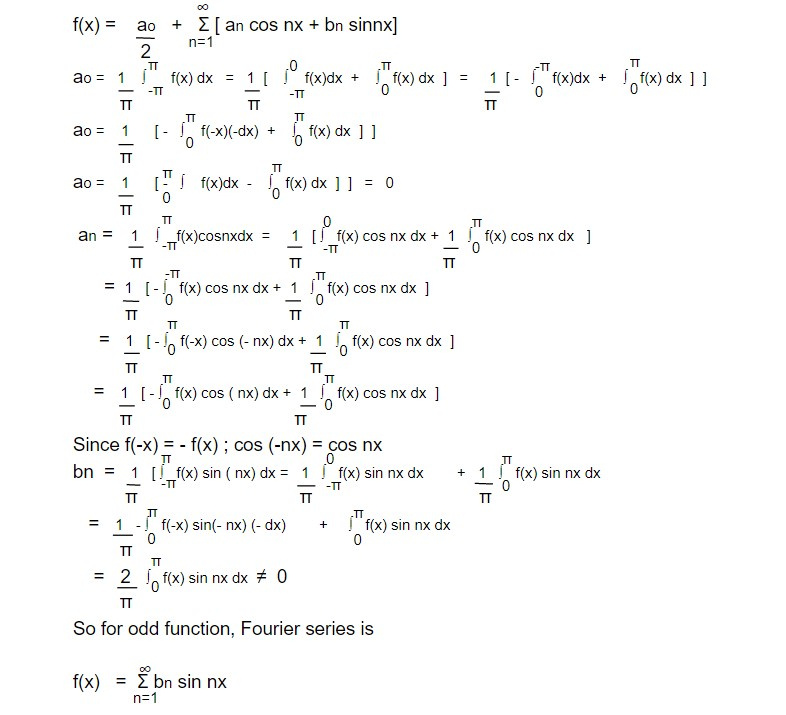 Fourier Series for even function

where ao, an and bn are to be determined by Euler's formula. If we change interval from [-π,π ] to [-l, l ] then argument angle of cosine and sine changes from nx to nπx/l . So Fourier series for interval [-l, l ] is

If f(x) is periodic in interval [-l, l ], then fourier series is 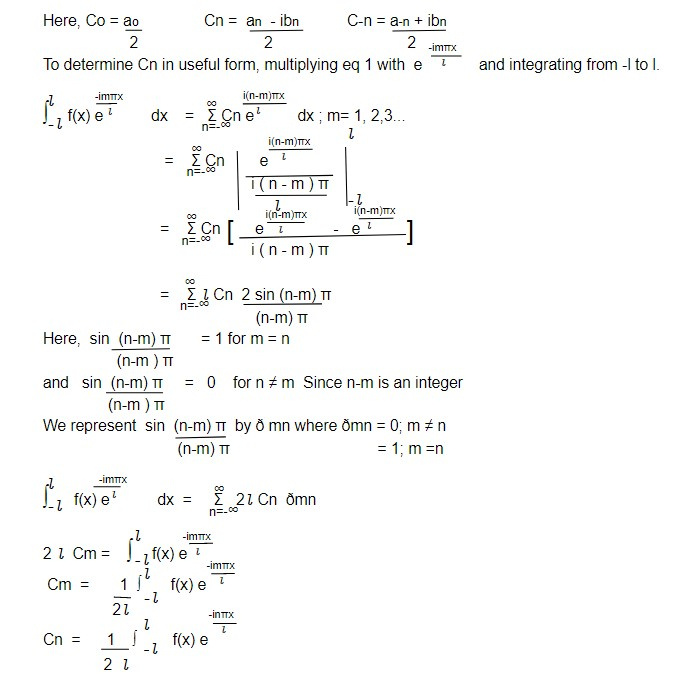 This note is taken from Mathematical physics, MSC physics, Nepal.