Canonical transformations may be used to provide a general procedure for solving mechanical problems. Two methods have been suggested. If the Hamilton is conserved, the solution could be obtained by transforming to new canonical coordinates that are all cyclic, since the integration of new equations of motion becomes trivial. An alternate technique is to seek a canonical transform (q,p) at time t to which a new set of constant quantities at time t=0, which may be the 2nd initial values. With such a transform, the equation of transformation relating the old and new canonical variables are exactly the desired solution of the mechanical problem.

for they give the coordinates and momenta as a function for their initial values and the time. This last procedure is more general one, especially as it is applicable, in principal at least, even when the Hamiltonian involves the time.

Under the 2nd kind transformation, the new set is of constant coordinates. If we require that the transformed Hamiltonian K is zero, then new equation of motion (involving coordinates of transformations set Pj, Qj) are 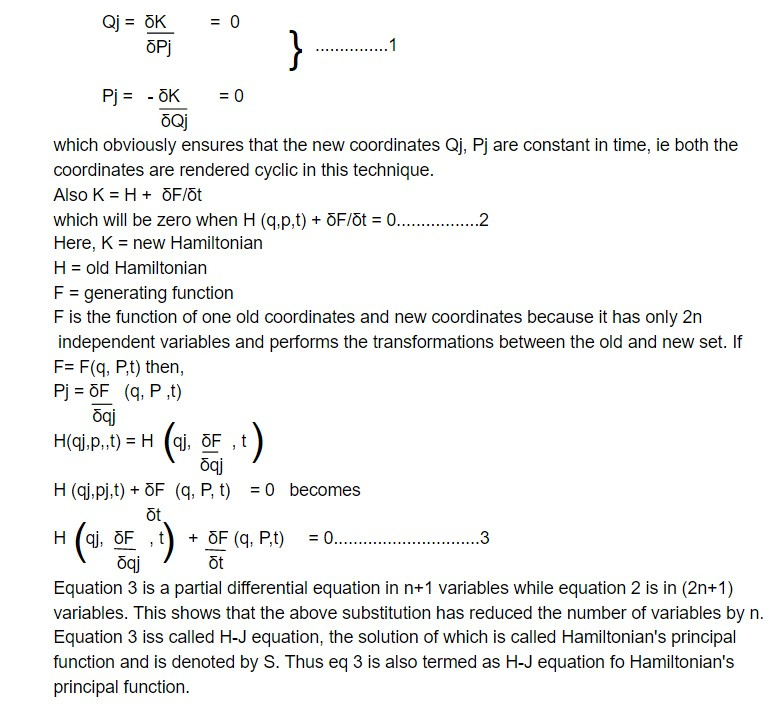