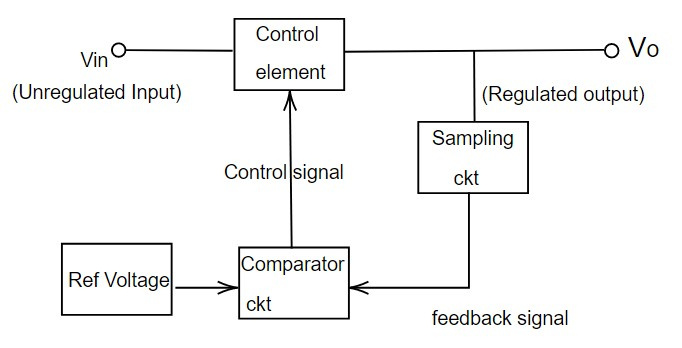 Figure shows a functional block diagram of the series type regulator. Vin is an unregulated dc output and Vo is the regulation output voltage. The control element is in a series path between Vin and Vo and adjust as necessary to maintain a constant Vo. A sampling circuit produces a feedback voltage proportional to Vo and this voltage is compared to a reference voltage. The output of comparators circuit is the control signal that adjusted the operating state of the control element. If Vo decreases due to an increased load, then the comparator produces an output that causes the control element to increase Vo.

This note is taken from MSC physics, Nepal.