Kepler's problem is basically a problem related to central force. For simplicity we take inverse square force between nucleus of charge 'Ze' and electron of charge 'e'. In this case, Hamiltonian can be expressed as

Where pr and pθ are the components of momentum for r and θ. Since the system is conservative and H doesn't involve time explicitly so,

As there is no time occuring in the expression of it so the generating function S in this case is Hamilton's characteristics function W. Thus, we can write

With the help of equation 3, equation 1 can be written as

Using the method of variable separation, we have

Again, we know that the angular momentum is always conserved in the central force problem i.e 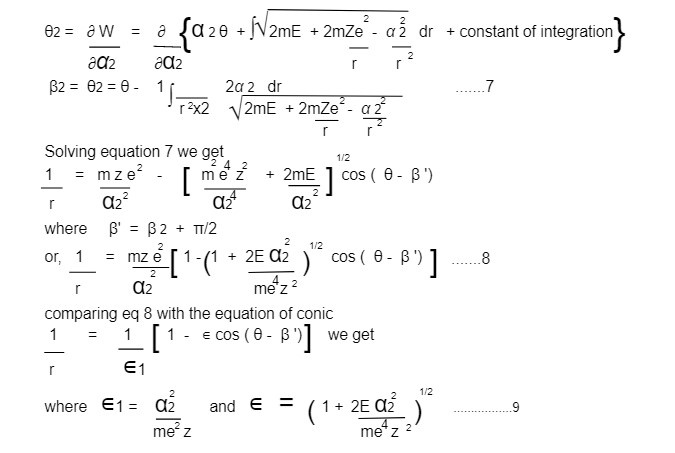 To exhibit all of the solution, we need to consider the motion in 3D space. In terms of spherical polar coordinate (r, θ, 𝜙), the Hamiltonian of the system is given by

If the variables in the corresponding H-J equation are separable, then W must have the form

Thus the H-J equation reduce to

The H-J equation then confirms that the quantity in the square bracket must be a constant. 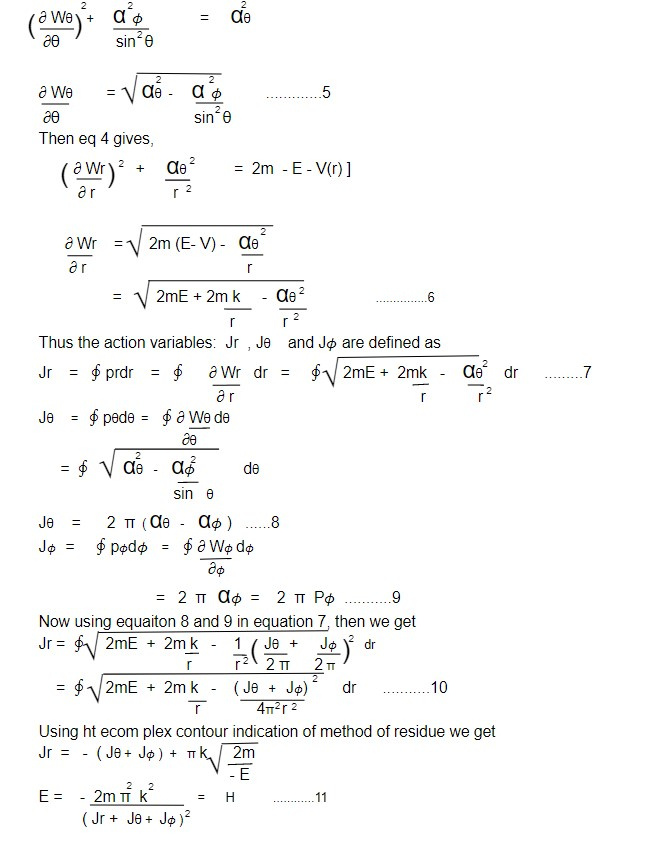 All the three of the action variables appear only in the form Jr + J +J𝜙. Hence all the frequencies are equal. The motion is completely degenrate. Thus the one frequency for the motion is given by

if we evaluate the sum of J's in terms of the energy (E) from equations 11, the frequency is given by

And the time period of the orbit is given by

Thus the equation 13 and 14 gives the frequency and time period for the motion in spherical polar coordinate system.

This note is taken from Classical Mechanics, MSC physics, Nepal.