In any linear network having linear impedances and power generators, the current through any impedances is the sum of the current due to the individuals sources/generators. 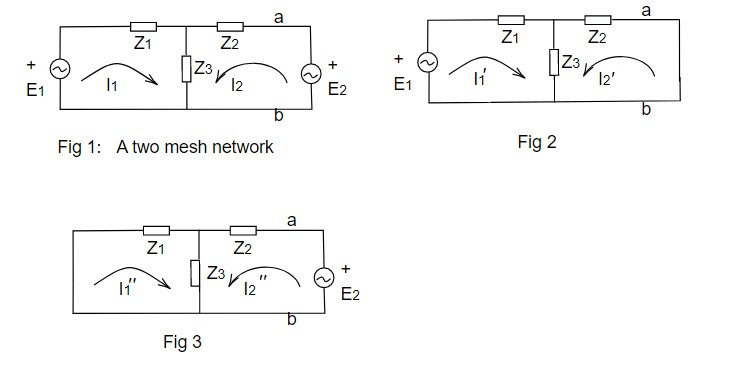 The mesh equations are

Now, if each generator is in turn removed by short circuiting its e.m.f (but not its impedance), the circuits of fig 2 and 3 are obtained. The superposition theorem states that the sum of the current of fig 2 and 3 equals the current in fig1.

On putting the individual currents proves the theorem.

The superposition theorem is a result of the linear relation between the current and voltage in the circuits having linear impedances. In circuits containing incandescent lamps, vaccum or gas tubes or iron core reactors the theorem is not applicable.