Hamro Aawaj / NCBL, Together in Action Interaction Program for Landmine and Explosives Survivor's in Province No. 2 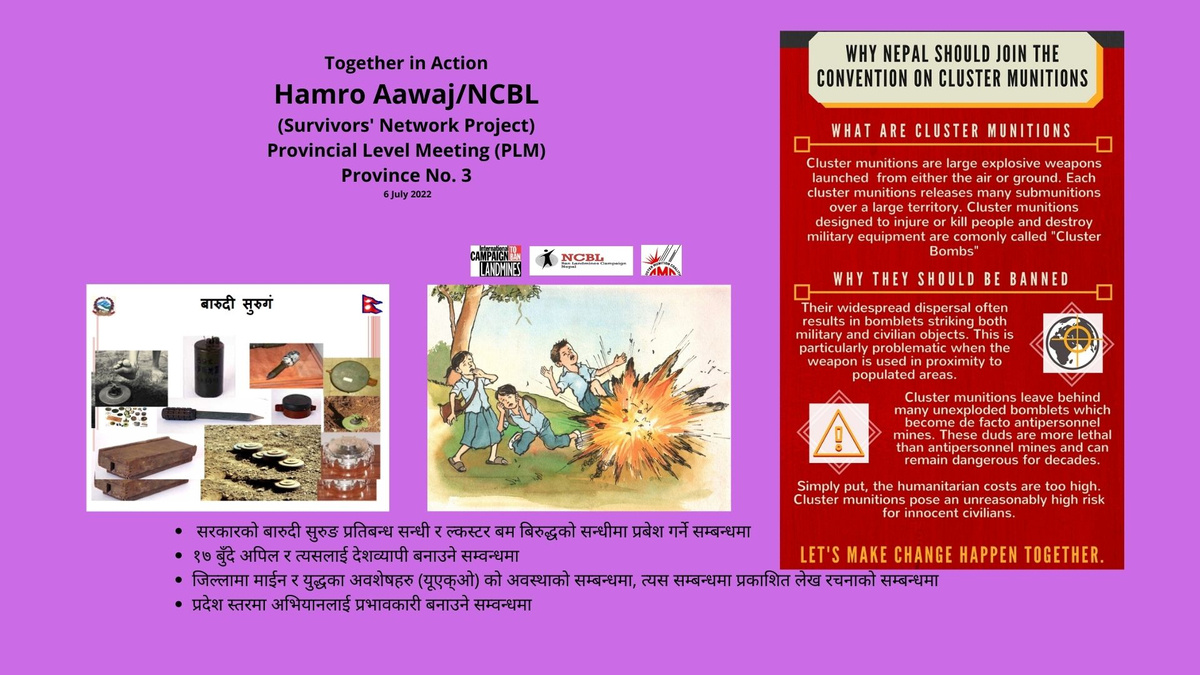 Mahottari's friends Sanjay Thakur, Dhanusha's Rekha Bhandari and Bhola Bhattarai also wanted to participate in the program but could not because of the network.

The Province 4 meeting decided to take the following actions in the state under the leadership of Hamro Aawaj, Idris Siddhiki.

Contacting human rights activists in the state, friends in the municipality and spreading awareness about their demands. Some of the ex-combatants who participated in past armed conflict have become mayors and deputy mayors of municipalities. "Some of my own friends from yesterday have also reached different levels of government to keep in touch with all of them. Like Nagendra Yadav has become the Minister of State."

To expand our voice as campaign in an organized manner for the rights of the people affected by landmines and explosives and to involve people make able to bring wide participants from different sector.

In some districts, Maoists and security personnel have received ID cards for victims, but the general public has not. It can be clearly seen that discrimination has been done by the government itself. To monitor that and demand that identity cards be issued to the general public equally.

Ban Landmine Campaign Nepal is trying to strengthen our voice and uplift the campaign to empower the voices of people affected by landmines and explosives. The campaign aims to protect and promote the rights of the victims and to make the government realize its responsibility towards them. It is moving forward to make the 17-point appeal nationwide, to ensure the legal rights of people affected by landmines and explosives, to move forward in a united manner by bringing all victims under one roof, and to achieve the goal of landmine-free Nepal and zero mine victims.

In today's zoom meeting, most of the friends do not know how to use the net and there is a problem to contact the net, so it is necessary to gather and discuss in persons at the state level.

On the same day, contacts and conversations were held with the focal points of NCBL conducting risk education in 8 districts of the state.