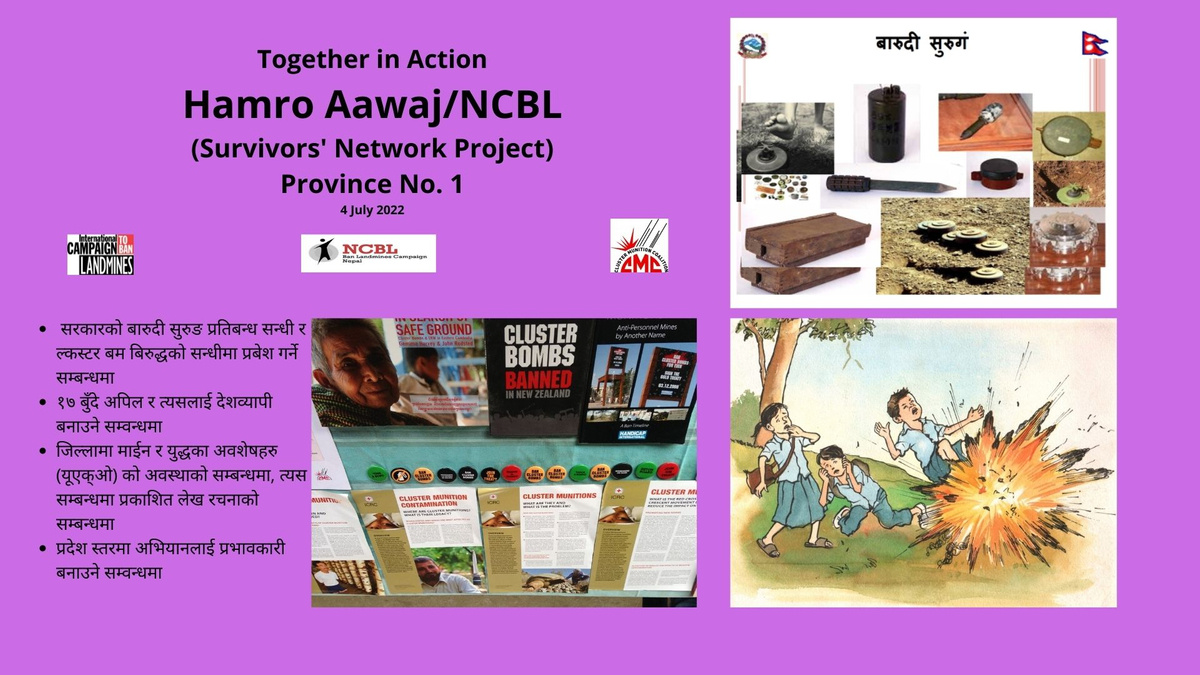 Hamro Aawaj/NCBL organized an interaction program on June 4, 2022 on the issue of people affected by landmines and explosives in Province No. 1 under the ICBL CMC's Together in Action program. The following topics were discussed at the event, which was aimed at expanding the Mine Ban Treaty and the Convention on Cluster Munition, raising awareness and capacity building of survivors.

·         The government's entry into the Mine Ban Treaty and the Convention on Cluster Munition.

·         Making the campaign effective at the state level

Various suggestions and advices have been expressed by the participants to take this campaign nationwide as follows:

·         To collect the data about the victims in the government bodies as well. Which can make the program comprehensive and effective by including more suvivors in future programs.

·         Frustrated that the government will not do as much as the survivors expected, because it is a long overdue topic or does not see any direct benefit to the individual, some of those affected do not want to be contacted. In order to convey the message that we are also doing something, we need to do some programs so that the survivors can directly benefit. We are talking about disability friendship etc. What is that to some? The survivors don't know. It seems that they have not understood the importance of the program.

·         There is no information about the budget allocated by the local, state and central governments. Alert for information.

·         Regular correspondence with local bodies and other concerned bodies across the country and via email and online message.