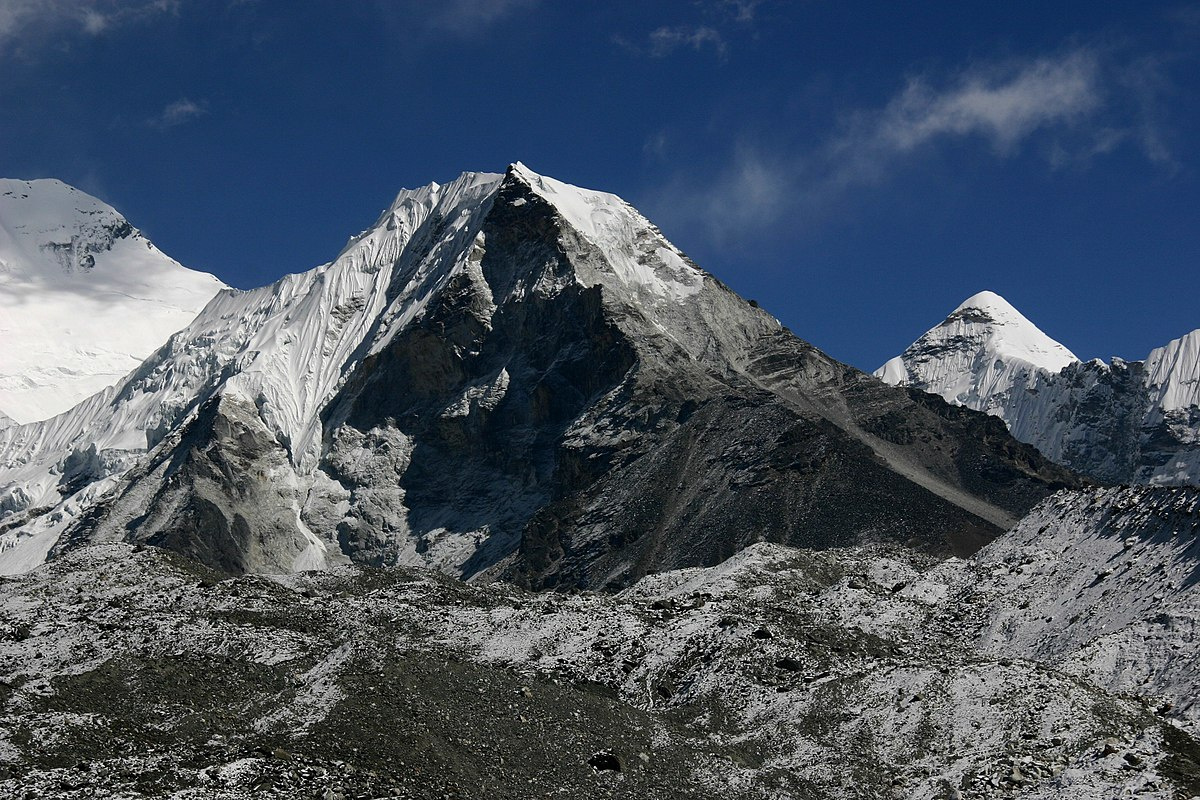 Imja Tse, better known as Island Peak, is a mountain in Sagarmatha National Park of the Himalayas of eastern Nepal. The peak was named Island Peak in 1953 by members of the British Mount Everest expedition because it appears as an island in a sea of ice when viewed from Dingboche. The peak was later renamed in 1983 to Imja Tse but Island Peak remains the popular choice. The peak is actually an extension of the ridge coming down off the south end of Lhotse Shar.

The southwest summit of Imja Tse was first climbed in 1953 as part of a training exercise by a British expedition that went on to summit Mount Everest. The team who climbed Imja Tse comprised Tenzing Norgay, Charles Evans, Alfred Gregory, Charles Wylie and seven other Sherpas. The main summit was first climbed in 1956 by Hans-Rudolf Von Gunten and two unknown Sherpas, members of a Swiss team that went on to make the second ascent of Everest and first ascent of Lhotse.