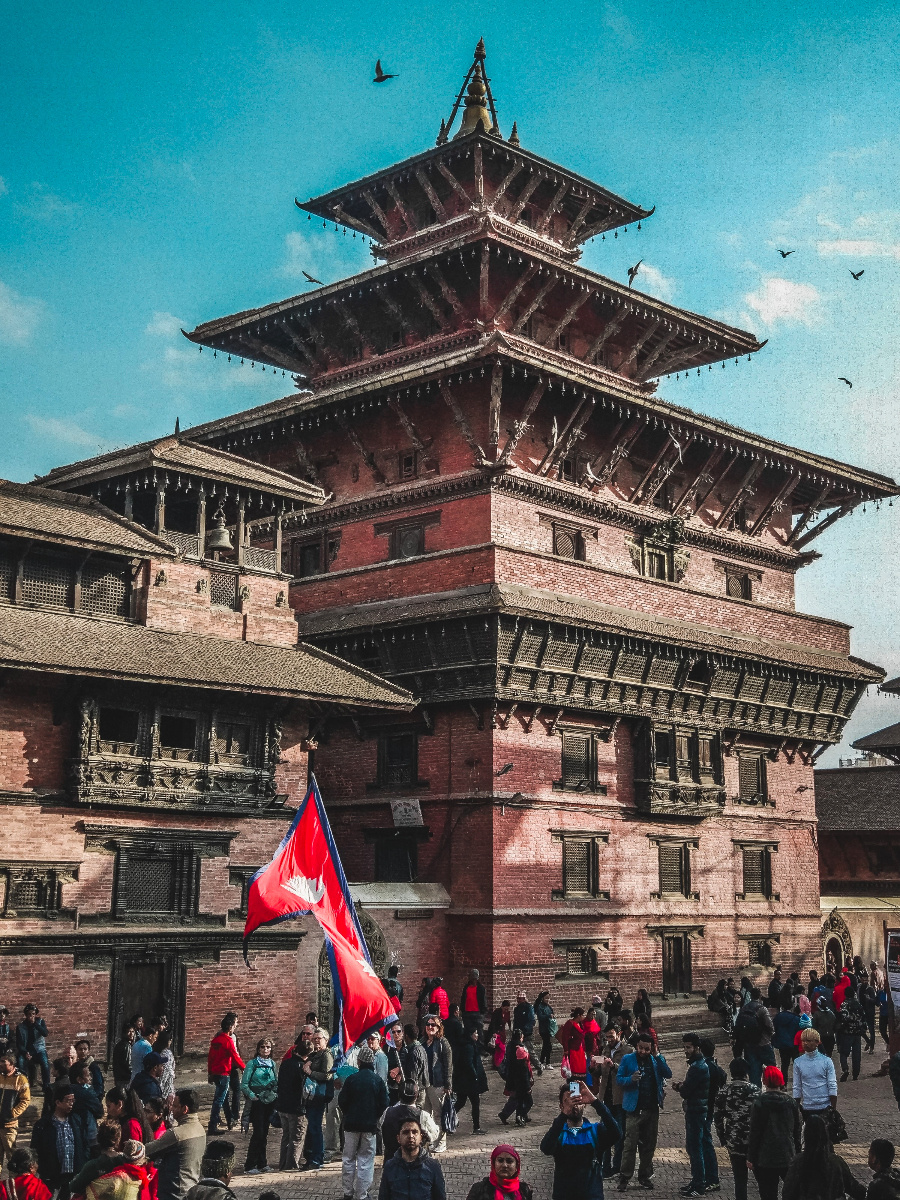 The Degutale, or Degu Taleju temple, is located at the west side of the Mangal palace at the east side of Patan's Darbar Square. Although often described as a three-story structure (owing to its triple set of roofs) the temple stands upon a towering rectangular base, making it eight or nine stories in all.

The structure was first built in the late 16th or early 17th century by King Shiva Simha Malla (r. 1583-1620) in honor of Taleju, the patron goddess of the Malla kings. His successor Lakshminarasimha Malla (r. 1620-41) added copper gilding to what was then a five-tiered structure. Sometime in the latter part of his reign the building was destroyed by fire, but was rebuilt very early in the reign of King Srinivasa Malla (r. 1661-84) with a more simplified three-level roof (perhaps similar to the design seen today). (source)