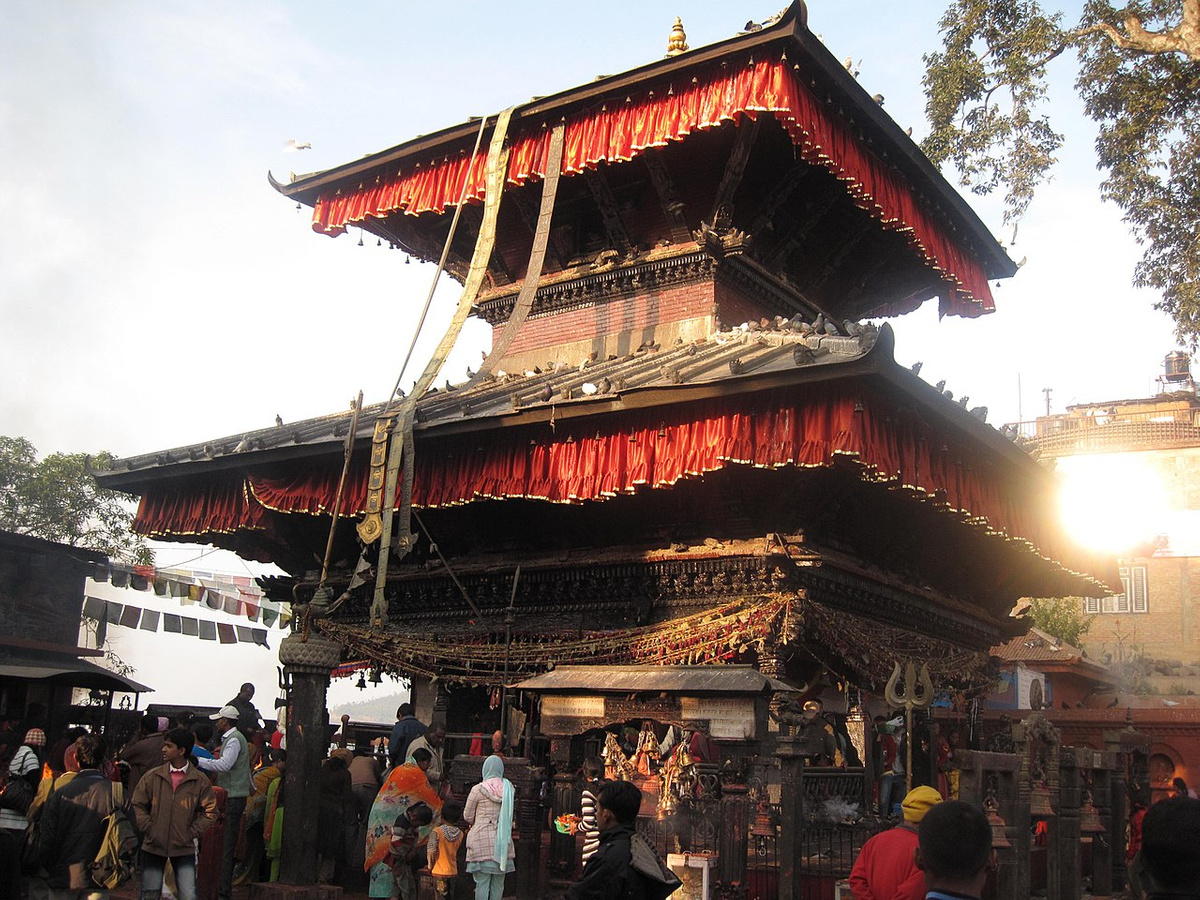 The Manakamana Temple (Manakamana Mandir) situated in the Gorkha district of Nepal is the sacred place of the Hindu Goddess Bhagwati, an incarnation of Parvati. The name Manakamana originates from two words, “mana” meaning heart and “kamana” meaning wish. Venerated since the 17th century, it is believed that Goddess Bhagawati grants the wishes of all those who make the pilgrimage to her shrine to worship her.

The legend of Manakamana Goddess dates back to the reign of the Gorkha king Ram Shah during the 17th century. It is said that his queen possessed divine powers, which only her devotee Lakhan Thapa knew about. One day, the king witnessed his queen in Goddess incarnation, and Lakhan Thapa in the form of a lion. Upon mentioning the revelation to his queen, a mysterious death befell the king. As per the custom of that time, the queen committed Sati (ritual immolation) on her husband's funeral pyre. Before her sati the queen had assured Lakhan Thapa that she would reappear in the near future. Six months later, a farmer while ploughing his fields cleaved a stone. From the stone he saw a stream of blood and milk flow. When Lakhan heard an account of this event, he immediately started performing Hindu tantric rituals at the site where the stone had been discovered thus ceasing the flow of blood and milk. The site became the foundation of the present shrine. According to tradition, the priest at the temple must be a descendant of Lakhan Thapa.