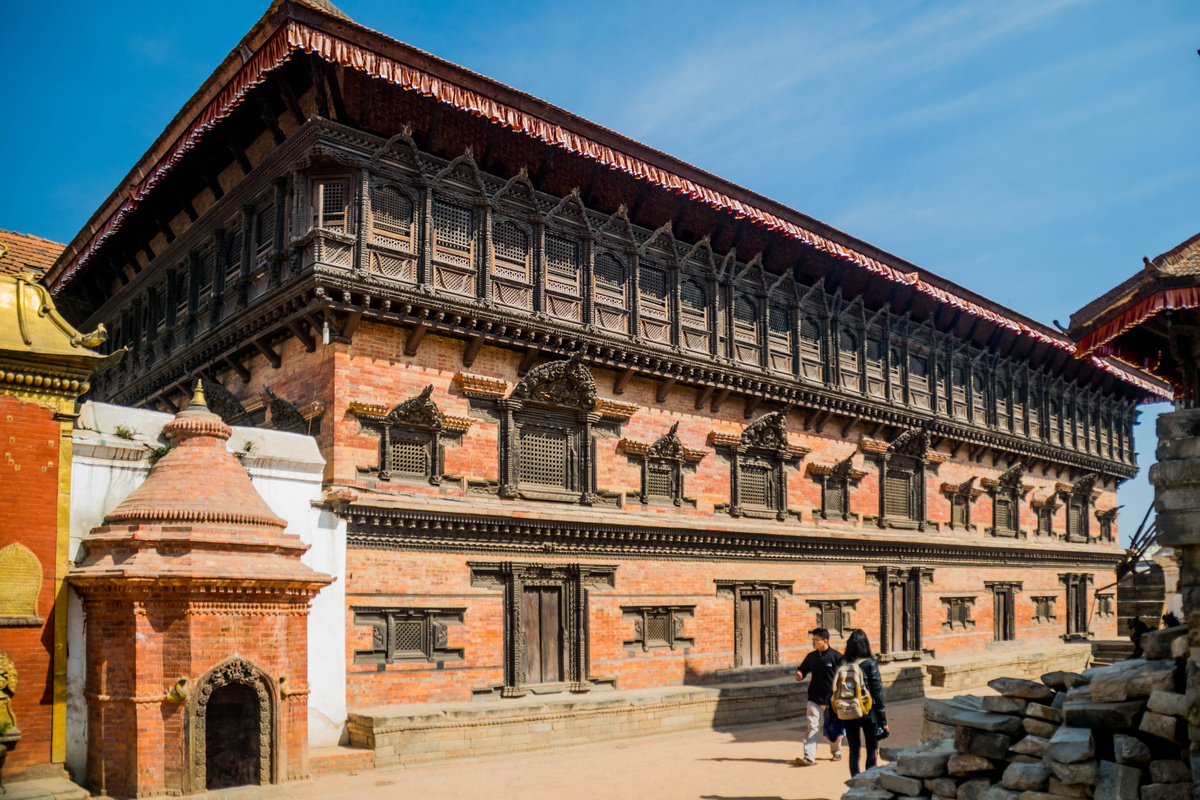 The Fifty-Five Windows Palace is historically recorded as constructed between 1702 A.D. and 1722 A.D. by the King Bhupatindra Malla. Some historians opine that the foundation stone of the palace was laid during the rule of King Jitamitra Malla, father of King Bhupatindra Malla. However, the construction of the palace is credited to King Bhupatindra Malla, considered to be the champion of the architecture and culture. It is believed that the palace was constructed after an experience of constructing the five storied temple (Nyatapol) which was evidently completed in a very short period. Beside the architecture itself and the carved fifty five windows, the significant contribution of King Bhupatindra Malla is the 'tempera paintings' on the first floor walls of the palace. The tempera paintings representing the rare example of the type depict different Devi (Lordess) dances, social life and culture of thepeople and include the self-portrait of the king and the queen. The central figure of the painting is dedicated to Lord Shiva Vishworupa. This has been classified as one of the rarest paintings of Nepal. The Palace is considered as the landmark of the Bhaktapur Durbar Square, one of the three famous historian Durbar Squares of Kathmandu Valley which have been listed as World Heritage sites by UNESCO in 1979 A.D.

The Palace, the masterpiece of the medieval period architecture, was built by the local craftsmen and builders using the then local technology in local materials. The load bearing walls of the Palace were built in specially made bricks, such as, Maappa and Dachiappa with mud mortar of high quality. The floors, beams, windows and doors were made of different types of the then available timbers, such as, pine, sal, teak and other types. Special roofing tiles (Jhingate) were used to cover the sloped roofs on timber supports.

[source, "A Final Report on conservation of 55 Windows Palace"]